Cricket 07 is a popular Cricket simulation game. Released in 2006, it is still a fan’s favorite and people still keep coming back to it regardless of the several cricket games that have been released since then. 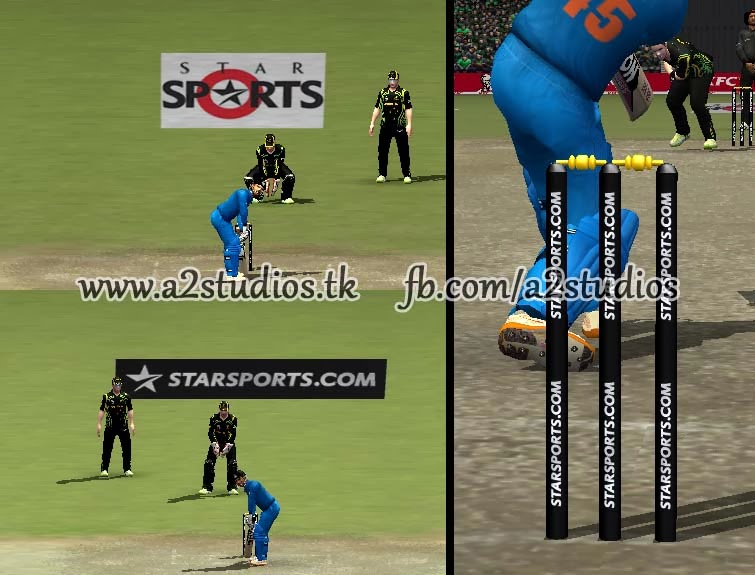 Cricket 07 features several game types including full-length test matches of 5 days, 4-day first class matches and limited overs matches with 5, 10, 20 and 50 overs. The game has a lot of game modes that cover international and domestic games. You have popular tournament, cups, series, championships, international tours, quick matches, practice mode and The Ashes. You can also relive precious cricket moments through some scenarios represented in the game with real life footage. Cricket 07 also has 2-player multiplayer. Cricket 07 doesn’t have as much licenses as the prior games in the series. Only four teams have full licenses for names and kits. The remaining 14 international teams in the game use random generic names and kits. But, if you still got that itch to play with real player names, you can edit the names in the Team Management mode. You can also download a third-party roster update online for that. The game graphics looks good with the stadiums and players well depicted.

Several pitches are available with varying weather conditions and match venues. You can adjust the pitch type and the weather condition. The venues available are recognizable international venues. The commentary is good and will keep you company while you slug it out. The player control and the stroke play in the game has improved from prior iterations of the EA Cricket Series, but they could be better. The AI is good and plays like a human opponent. You’ll see the AI make overthrows, fumbles and dropped catches. You can choose from five difficulty modes.

You can choose whether your batsman will play on the back or front foot. Your batsman has a confidence meter that needs to be monitored. Conservative shots at the beginning of a game are often preferred to wild shots later in the game. Player stats often reflect in their game and inexperienced batsmen will make more errors. Running between wickets is easy and you have to choose the right time for your batsman to run. Batting and fielding are fairly easy to execute in Cricket 07. Bowling is more technical, or even frustrating to execute.

Cricket 07 is one of the most loved cricket games by fans. Tons of people still play the game over 13 years after its release. There are several patches and mods released by the game’s modding community. The mods add recent tournaments, teams, roster updates, uniforms, meu design and other features to the game. It is arguably the cricket videogame with the largest support community. Some mods also fix the control issues the game had.

There are eleven ways in which a batsman can be dismissed; five relatively common and six extremely rare. The common forms of dismissal are 'bowled', 'caught', 'leg before wicket' (lbw), 'run out', and 'stumped'. Less common methods are 'hit wicket', 'hit the ball twice', 'obstructed the field', 'handled the ball' and 'timed out' – these are almost unknown in the professional game. The eleventh – retired out – is not treated as an on-field dismissal but rather a retrospective one for which no fielder is credited.
If the dismissal is obvious (for example when 'bowled' and in most cases of 'caught') the batsman will voluntarily leave the field without the umpire needing to dismiss them. Otherwise before the umpire will award a dismissal and declare the batsman to be out, a member of the fielding side (generally the bowler) must 'appeal'. This is invariably done by asking (or shouting) 'how's that?' – normally reduced to howzat? If the umpire agrees with the appeal, he will raise a forefinger and say 'Out!'. Otherwise he will shake his head and say 'Not out'. Appeals are particularly loud when the circumstances of the claimed dismissal are unclear, as is always the case with lbw and often with run outs and stumpings.
In the vast majority of cases, it is the striker who is out when a dismissal occurs. If the non-striker is dismissed it is usually by being run out, but he could also be dismissed for obstructing the field, handling the ball or being timed out.

A batsman may leave the field without being dismissed. If injured or taken ill the batsman may temporarily retire, and be replaced by the next batsman. This is recorded as retired hurt or retired ill. The retiring batsman is not out, and may resume the innings later. An unimpaired batsman may retire, and this is treated as being dismissed retired out; no player is credited with the dismissal. Batsmen cannot be out bowled, caught, leg before wicket, stumped or hit wicket off a no ball. They cannot be out bowled, caught, leg before wicket, or hit the ball twice off a wide. Some of these modes of dismissal can occur without the bowler bowling a delivery. The batsman who is not on strike may be run out by the bowler if he leaves his crease before the bowler bowls, and a batsman can be out obstructing the field or retired out at any time. Timed out is, by its nature, a dismissal without a delivery. With all other modes of dismissal, only one batsman can be dismissed per ball bowled.