Had an issue back in October where my MacBook wasn't even recognizing the BlackMagic Intensity Shuttle plugged in via Thunderbolt -- @Harold suggested updating the firmware/BM Desktop Video; this remedied the issue.
However, while OBS now recognizes something is plugged into the Thunderbolt port, no combination of resolution settings on my camera, the Blackmagic Desktop Video app and the OBS drop-down is displaying video. The only success I've had in the past with OBS was when my camera was set to 720p 30 but the 'mode' on OBS was set to 720p 59.94.
I've tried using Wirecast and a different camera -- still no luck, no video/audio signal from Thunderbolt. Theoretically, I would just set the camera to 1080i 60, the 'default video standard' on the BM Desktop Video app to 1080i 60 and then when I add 'Blackmagic Device' on OBS, I select 1080i 60 on the 'mode' drop down....and voila....but it never works this easy, ha.
What is it you think I'm doing wrong? 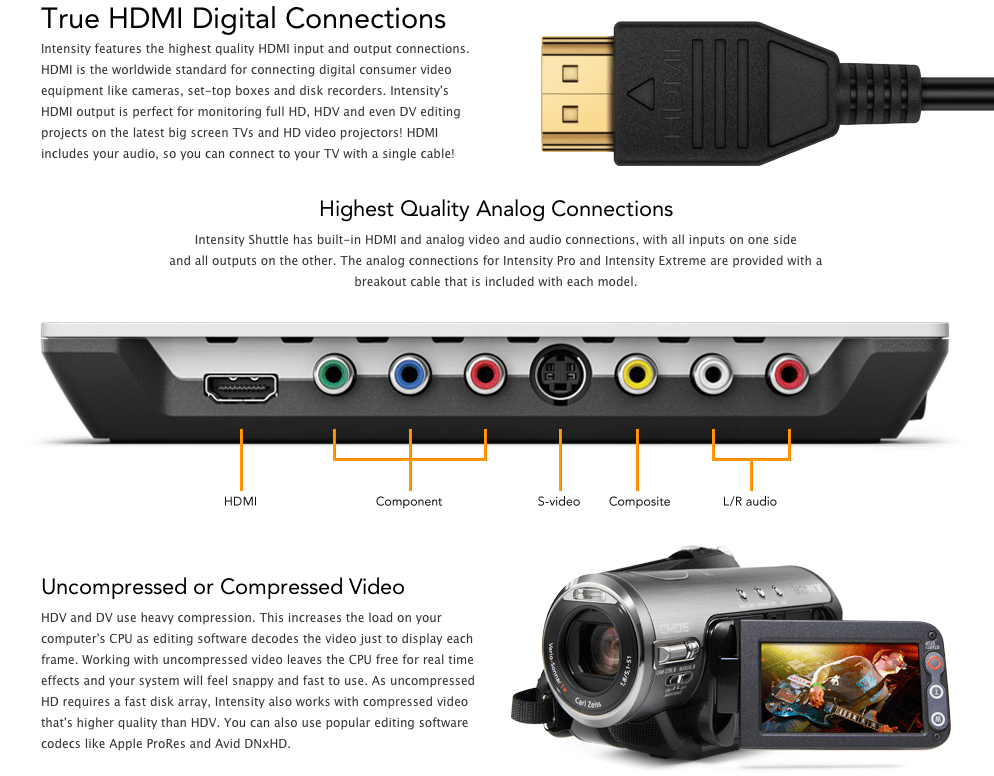 Use the SuperSpeed USB 3.0 cable to connect Intensity Shuttle directly to a dedicated USB 3.0 port on your compatible computer. If Intensity Shuttle software has previously been installed and offers to update the firmware, click Updateto run the update. When the firmware update is finished, follow the onscreen prompt to restart the computer. After trying for hours, I can still not get my Blackmagic Intensity Shuttle USB 3.0 working. All my drivers, including my BIOS, are up to date. I am trying to use HDMI cables to record my Xbox 360. I get no screen on the TV nor on my PC screen. All I got so far is my TV screen turning yellow when I change some settings in Media Express.