left-right-left-malayalam-movie-songs downloading
Left Right Left movie is not a story narrated with beginning, middle, and end. It simply sketches certain incidents in the life of selected characters who represent our society.Movie directed by Arun Kumar Aranvind and written by Murali Gopi. Their previous movie, Ee Adutha Kalathu is concidered as pathbreaker.Indrajith, Murali Gopi, Lena, and Remya Nambeeshan doing the lead roles. The titles signifies the rythem of once walk. The theme of the film is on the influence of childhood experiences on moulding the character and midset of a person.
Action - Drama 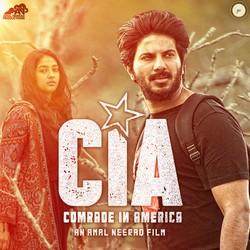 With bands like Avial and Thaikkudam Bridge finally finding a space of their own in Kerala, and the growing appreciation for musical reinvention, the Malayalam music industry is said to be going through a revolution of sorts. Unfortunately, when it comes to movie soundtracks, the line between inspiration and copying is getting blurrier than ever.

And as Youtube and various music sharing options grow popular in the state, it’s becoming easier to pick out instances where songs are a bit too close to the originals from around the world they are inspired by.

Musician Gopi Sunder recently got into trouble with a track for the trailer of Kali, starring Dulquer Salman and Sai Pallavi. The track is apparently copied from the soundtrack for the Hollywood movie The Man From U.N.C.L.E.

Here are other films that made this cardinal mistake before Kali:

The song Olanjali Kuruvi from the movie 1983 was a nostalgic romantic track featuring the voices of P Jayachandran and Vani Jairam. This much-appreciated song is said to be uncannily similar to the song “Mounam Polum Madhuram” from the movie Sagara Sangamam, coincidentally also sung by P Jayachandran. Composer Gopi Sunder, who has a bit of a reputation for lifting tracks, however, dismissed claims that his song is copied.

The romantic track “Eeran Kaatin” from the movie Salala Mobiles bears a close resemblance to the hit song “Piyu Bole” from the 2005 movie Parineeta starring Saif Ali Khan and Vidya Balan. Again, both songs shared a singer, Shreya Ghoshal in this instance.

Gopi Sunder came under the scanner for copying yet another song for the movie Left Right Left, when it was noticed that “Kaal Kuzhanju”, the ‘revolutionary song’, shared its percussive rhythm with the song “Mila Toh Marega” from the Ram Gopal Verma movie Rakta Charitra.

Egyptian pop singer and songwriter Amr Diab first got noticed by Indian listeners thanks to the chartbuster “Kaho na Kaho” from the movie Murder, lifted from his song, “Tamally Maak”. More recently, the Malayalam movie Arabiyum Ottakavum featured a song “Manassu Mayakki”, “inspired” from another Arabic song sung by Diab.

I Love You Mummy (Bhaskar the Rascal)

The song “I Love you Mummy” from Bhaskar the Rascal didn’t only copy an Arabic song by Hala Alturk and Mashael, it was even picturised much like the video for the original Arabic song.

Nam Ooru Bengaluru, the hit number from youth-centric movie Bangalore Days, got into trouble when Bryan Adam’s administrative officers took steps against the makers of the movie for plagiarising the tune of his popular song ‘Summer of 69’.

Show us some love! Support our journalism by becoming a TNM Member - Click here.