Pluto's Christmas Tree is a 1952 Mickey Mouse cartoon in which Pluto and Mickey cut down a Christmas tree that Chip n' Dale live in.[2] It was the 125th short in the Mickey Mouse film series to be released, and the second for that year.[3] While the chipmunks are usually antagonists of Donald Duck, they have pestered Pluto before, in Private Pluto (1943) and Squatter's Rights (1946).[4]

Mickey Mouse, Donald Duck and many more of your favorite characters join the cast in this adaptation of a classic holiday tale. Scrooge is too greedy to understand that Christmas is the time for kindness and generosity. So, with the help of some wise ghosts, and the examples set by his clerk Bob Cratchit and nephew Fred, Scrooge learns how to embrace the true spirit of the season. Vai su Instagram @therealgoldmic @makeupbysofx.

It is one of the few Disney shorts directed by Jack Hannah not to star Donald Duck, although Donald does make a cameo at the end.

Mickey and Pluto are searching for a Christmas tree, while Chip and Dale are looking for acorns in the forest. Once the chipmunks see Pluto, they hit him with acorns and scurry from his chasing. Once Pluto is distracted, they hide in a tree. Mickey chops down that very tree, unaware that the two are in it.

Once they get home, Mickey and Pluto decorate the tree and Pluto admires it, but then he notices a light going on and off; his nose is near the light Dale was playing with. Pluto and Dale bark at each other and Dale throws some ornaments down for Pluto to catch. Mickey comes by and takes the ornaments from him to put back on the tree. Pluto chases Dale up to the top of the fireplace with Santa candle figures and gets the hat and beard from a figure near him. Pluto notices the strange figure, but he does not get a chance to expose him to Mickey. Pluto knocks the other figures away except Dale. Chip then notices from the tree what is going on. He rescues Dale and heads for the tree. Pluto gets his feet stuck in presents and has difficulty following the chipmunks up the ladder. While Pluto is barking, the chipmunks cause the ladder to fall and drop the star on top of the tree onto Pluto's tail. While the chipmunks laugh in victory, Pluto, finally pushed beyond his patience, angrily dives in the tree to attack the chipmunks.

Mickey notices Pluto and tries to pull him out, but gets pulled in instead until the tree is stripped of its decorations and leaves. Mickey scolds Pluto for what he did, but notices Chip and Dale with only a few decorations and all of the branches bare, finally realizing what's really going on. Pluto starts barking at the chipmunks for the trouble they caused until Mickey tells him to stop, saying that it's just the holidays. At the window they see Donald, Goofy and Minnie singing 'Deck the Halls'. While the three are singing, Chip and Dale join in and then Pluto howls in. Chip and Dale find it annoying, and therefore put a sticker that says 'DO NOT OPEN TIL XMAS' over his mouth. 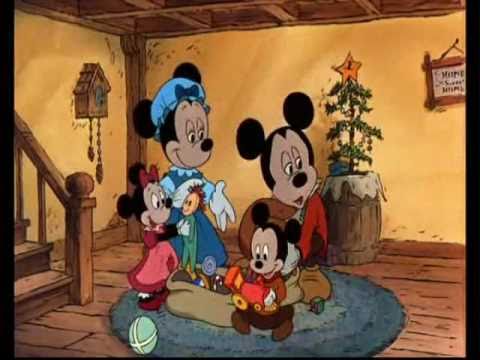 Scenes from this cartoon along with scenes from Mickey's Christmas Carol were also set to D-TV's video of Brenda Lee's 'Rockin' Around the Christmas Tree'.

A book published in 1954 from Little Golden Books called Donald Duck's Christmas Tree has the same plot as this cartoon but with Donald Duck instead of Mickey Mouse.

The Encyclopedia of Walt Disney's Characters mistakenly credits Horace Horsecollar and Clarabelle Cow,[5] as appearing in this cartoon. 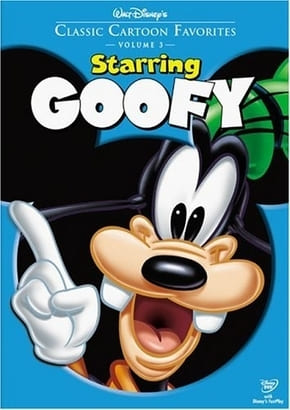