The new European data protection law requires us to inform you of the following before you use our website:

Salad Days is the name of a documentary film released in 2014 about the evolving punk and hardcore scene in Washington DC during the 1980s and 1990s. The choice of name hints at the 1985 Salad Days (EP) by the Washington DC band Minor Threat. Scott Crawford's documentary Salad Days covers the D.C. Punk scene in the '80s, picking up around the time where Punk the Capital leaves off. A new documentary about the era called Salad Days: The DC Punk Revolution, is set to make its debut in a few weeks. Created by Director Scott Crawford, a then very youthful fanzine chronicler of the 1980’s DC punk scene and Jim Saah (Director of Photography and Editor), a now professional photographer who taught himself the art in large part. By BBG “Salad Days: The HarDCore Punk Revolution” will be the most comprehensive, honest and insightful look at the DC punk scene from the early 1980s to the decade’s end.

We use cookies and other technologies to customize your experience, perform analytics and deliver personalized advertising on our sites, apps and newsletters and across the Internet based on your interests. By clicking “I agree” below, you consent to the use by us and our third-party partners of cookies and data gathered from your use of our platforms. See our Privacy Policy and Third Party Partners to learn more about the use of data and your rights. You also agree to our Terms of Service.

Amazon Prime sure has a lot of punk rock-related documentaries. Some are great, some really aren’t. Deciding which ones to watch could take ages! That’s why we’ve decided to do the research for you.

All Dolled Up begins with footage of the New York Dolls pretending to be a group of gangsters called the Lipstick Killers. They’re certainly a moral threat. These boys swear, dress like trashy women, and scream when they should sing. “A cross between the Rolling Stones and Alice Cooper,” is how an old, conservative-looking newsreel describes the band. With their rough music, tough look, and wild audiences, these boys really were influential. Though the concert footage isn’t great, quality-wise, it’s still fascinating. Between the amusingly calm voice-overs and the historical interviews, this movie is pretty informative.

Looking For Johnny is pretty depressing. From musician Johnny Thunders’ lonesome childhood to years of heroin addiction to a death-via-untreated cancer, his life wasn’t exactly cheerful. Looking For Johnny gives a good amount of backstory and family details thanks to his sister and bandmates. Some might say the personal angle is better than merely covering his career because it gives a more balanced picture of the man. Even for non-fans, it’s pretty interesting. Given that Thunders got his start playing with the New York Dolls, there’s also quite a bit of information regarding their career.

Gimme Danger is about the infamously wild band Iggy and the Stooges. It begins with a description of the band’s depressing, drug-addled demise. Then we hear the rest of the story in chronological order. It starts out sounding mythical, like a rock ‘n’ roll fairy tale. When the Stooges got together, they pooled everything, from money to food to ideas, like “true, nonpolitical communists.” This documentary is full of fascinating facts and little bits of trivia. Random clips from old movies and animated sequences bring the story to life. Iggy Pop himself narrates most of it, looking charmingly wasted. If you’re interested in the Stooges, this is the punk documentary for you.

Most people haven’t heard of the Damned (Dave Vanian, Brian James, Captain Sensible, and Rat Scabies) because they never made it big. Still, they’re quite interesting. The Damned: Don’t You Wish That We Were Dead tells the band’s story, from their early days to their many reunions. Also, Captain Sensible has the most fabulous taste in clothing. At times, he looks like some sort of cuddly muppet with a human head and that signature red beret! There’s something beautifully childlike about the Damned. Perhaps that’s why they’ve lasted so long. Unlike many of their more cynical contemporaries, these guys actually seem pretty fun. Even if you aren’t too interested in punk documentaries this movie’s bound to cheer you up.

Unlike some of the films listed here, D.O.A.: A Right of Passage doesn’t focus on a specific band. Instead, it’s about the punk-rock scene in 1970s England. It includes historical interviews with both prominent punk musicians and anti-punk conservatives. There’s tons rare concert footage, too. John “Johnny Rotten” Lydon looks like some sort of deranged, wasted, insane-asylum, pirate-parody of David Bowie. Poly Styrene sings and screams her way through concert after concert. Dozens of nameless fans flip off the camera. As a result, it’s perfect for people interested in studying the mannerisms, fashion, and personalities of mid-late 1970s British punk rock. 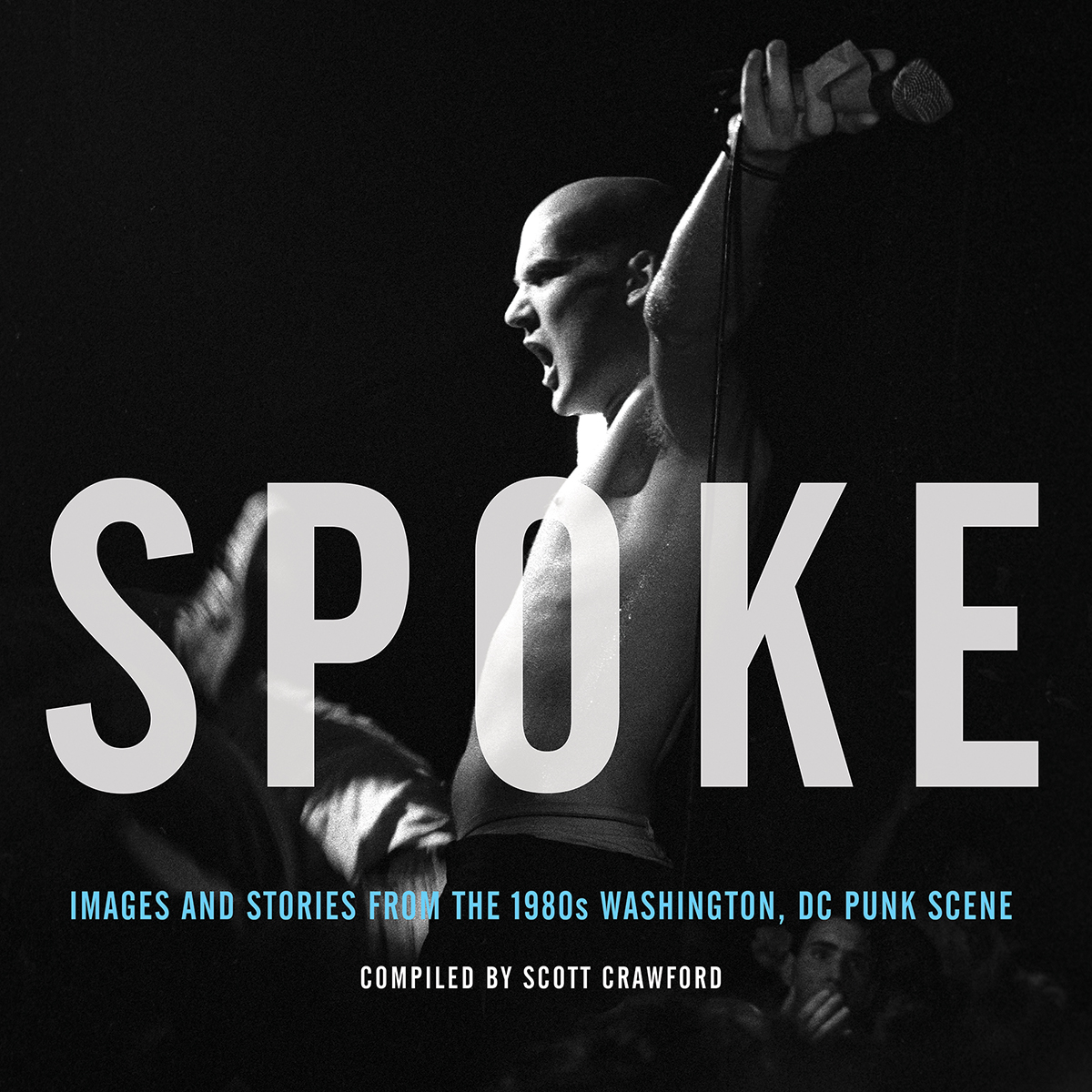 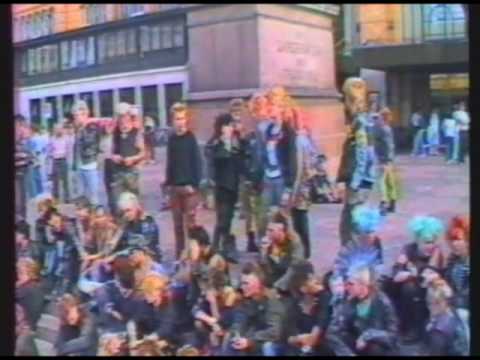 Like D.O.A., Salad Days focuses on an entire music scene. The scene in question? Washington D.C.’s world of hardcore punk. People like Ian MacKaye of Fugazi discuss the reggae-inspired group Bad Brains. Much is made of the community aspect. The rest of D.C. society didn’t exactly like them, so they all banded together and looked out for each other. This documentary also includes a lot of information regarding Dischord records, the Dischord house, and the early Straight Edge movement. It’s a good introduction to the D.C. hardcore scene for non-locals and newbies to the genre.

Though Who Killed Nancy? isn’t exactly a music documentary, it’s still fascinating. There’s a lot of speculation regarding the death of Nancy Spungen, an extremely unpopular, undeniably annoying groupie who dated Sex Pistols’ bassist Sid Vicious. On Oct. 12, 1978, her boyfriend woke up and found her lying on the floor with a knife in her stomach. People say he killed her, though some (such as her own mother) believe otherwise. This documentary explores various theories, primarily that someone else killed her or that she committed suicide. Her death left Vicious extremely distraught. In fact, he intentionally overdosed a few months later. This film gives a fascinating picture of a mutually abusive couple and the decline of the original punk scene. 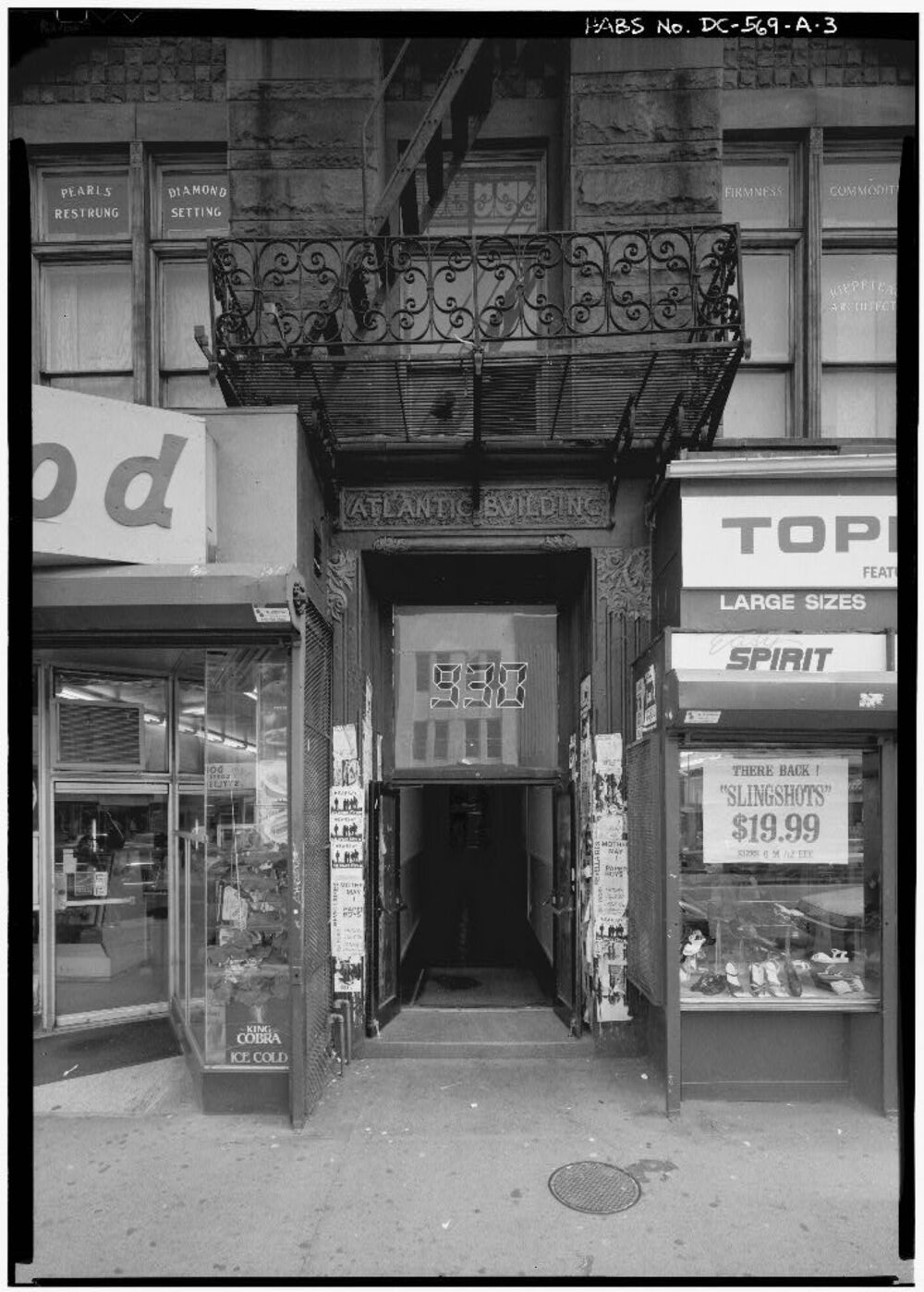 More Music-Movie Mashups: Top 10 Musicals That Should Be Made Into Movies

If It Ain’t Stiff tells the fascinating, colorful story of Stiff Records and their 1977 tour. There’s a lot of Elvis Costello. In fact, his hit single “Watching the Detectives” plays over the opening credits. The concert footage, though somewhat blurry, really adds to the overall feel. Unlike some of the others on this list, they actually filmed and released this in the 1970s. It doesn’t rely on half-mythologized memories. Though a bit more New Wave than Classic Punk, it’s still worth seeing.

London, New York City, and D.C. weren’t the only places with awesome punk-rock scenes. Orange County, California, isn’t just the setting of angsty teen sitcoms; it’s also the birthplace of the West Coast scene. This punk documentary includes interviews with Jello Biafra, Henry Rollins, and countless others. There’s also some really fantastic concert footage. Apparently, the scene’s primary club happened to be a place called “Cuckoo’s Nest.” Kids with fake IDs would show up to see Iggy Pop play, and things grew from there, like a wild, uncontrollable beast of a party. This documentary helps the audience really understand this fascinating era.

Punk in London is another historical documentary about the British punk scene. Unlike If It Ain’t Stiff, this one focuses on London. Though something of a second-rate D.O.A., Punk In London does include footage of the Clash, which is one of the best things about this film. It’s also always nice to see lesser known-bands onscreen.