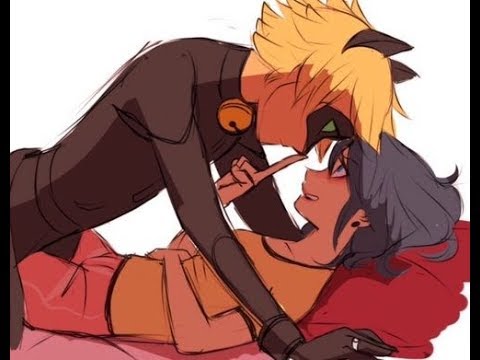 Make no mistake about it, Varsity Fanclub may look like a boy band, but their roots are closer to legendary soul label Motown and groups like Boyz II Men, Jackson 5 and New Edition than they are to anything else.Just recognize the dance-floor smash and lure of “Zero,” the intricate harmonies and soaring falsettos on “Girl Like That,” and the sultry, seductive “Future Love”, all of which were co-written by the group, to sample their impressive pedigree.With their Capitol Records debut album, the five members offer a wide variety of varying musical influences, with an emphasis on melodies, harmonies and a dynamic live show punctuated by world-class choreography. Put together after a country-wide talent search that was more comprehensive than anything on American Idol, the guys in Varsity Fanclub have been working toward this moment their entire lives.Fans are just as excited for Varsity Fanclub to hit the mainstream as the five soon-to-be teen idols are prepared to become staples in the pop world. In March, 2008, the band re-launched their myspace page (www.myspace.com/varsityfanclub) and premiered “Zero” simultaneously on their page and Popstar Magazine’s myspace page. Kids immediately began reacting to the new look and music on the myspace page and the group began to experience rapid growth in song plays, page views and new friend requests. Within six weeks, total song plays on their page jumped an incredible 762%, nearing 2 million total plays, while page views rose 676% to over 3 million views, and their friend list increased 156% to 17,000 friends.L.A.-born and raised Bobby, the youngest member of the group, is an accomplished actor who has appeared in Spy Kids, among others, is a fan of hip-hop like Black Eyed Peas, melodic rockers Snow Patrol and Blue October. Las Vegas resident Jayk, a one-time baseball player is the “bad boy” and athlete who first got into music through the boy band craze. Louisiana-born Drew, the “quirky talker” is a big fan of The King because his father is an Elvis impersonator and a Beach Boys admirer for “their amazing harmonies.” San Diego’s Thomas, a yo-yo champion and laid-back surfer who has appeared on Broadway, is the emo fan in the group, a fan of rock bands like Dashboard Confessional and Smashing Pumpkins (Side Note: Thomas is no longer in Varsity Fanclub and has been replaced with T.C. Carter), while Indiana Hoosier David, a dancer who has taught around the country, prefers Michael Jackson, Prince, Stevie Wonder and Madonna.“The cool thing about us is we’re all influenced by different artists, which brings us together as a band even more,” says Thomas.“We’re five individual guys who each bring something unique,” says Bobby, exchanging thoughts as easily as they trade vocal parts, with each participating equally in the overall sound.“We just try to keep it as real as possible,” adds Jayk about the group, who have all relocated to Los Angeles, where they have undergone an intense boot camp regimen that has honed them into a seamless unit. “It’s crazy how well we get along.”“The group clicked extremely well from the very beginning,” said David.“We mesh real well, like mashed potatoes,” laughs Drew, who adds their new home “was very nice at first, but now it looks like a rundown frat house.”“We have a mixture of R&B and hip-hop, but also pop and rock,” says Jayk. “It’s a cool sound that’s fresh and not really out there too much right now… it’s about great beats and great melodies.”On songs like the aching “Half of You,” Varsity Fanclub’s vocals are almost interchangeable. “The leads get spread pretty evenly because we can all sing,” nods David. “It all depends on whose voice fits naturally, or sounds best while we’re recording. That’s what makes us special when it comes to bands like ours. All five of us contribute to the final product.”Every member of Varsity Fanclub also takes part in the songwriting process. “Future Love” was initially submitted by the producer/writer Timbaland protégé, Ryan Tedder, and the group took off from there. “Girl Like That” is a song every female in the audience will think is aimed directly at them.“That’s what it’s all about for us,” says Thomas, the self-acknowledged romantic of the group. “It’s all about relationships, giving full attention to our audience.”Varsity Fanclub is ready for the big time… a male vocal group who can both dance and sing and write their own material. For Drew, Jayk, Thomas, Bobby and David, it’s all about entertaining their fans.“That’s the #1 thing for us,” states Jayk. When we step on stage, we don’t want it to come off as just another performance. We want it to seem we’re putting on a show for each and every member of that audience. We’re not just going through the motions. We’re going to entertain you.”Get ready for Varsity Fanclub. They are more than ready for you.“We’ve always loved music and we’ve always known we wanted to perform,” says Bobby. “This is what we love to do.”As for the possibility of fame, Drew says bring it on.“I don’t even want to be able to go to a mall without getting bombarded,” he insists.With their debut album, Varsity Fanclub are more than ready for their close-up. They’ve waited their whole lives for this moment. Read more on Last.fm. User-contributed text is available under the Creative Commons By-SA License; additional terms may apply.